Off the coast of the Dunwich in Suffolk lies half a medieval town long abandoned to the sea. Despite many diver and sonar surveys, details of the site have been hidden due to poor visibility. In June 2010, however, acoustic imaging technology was introduced to complete an archaeological survey of the site. 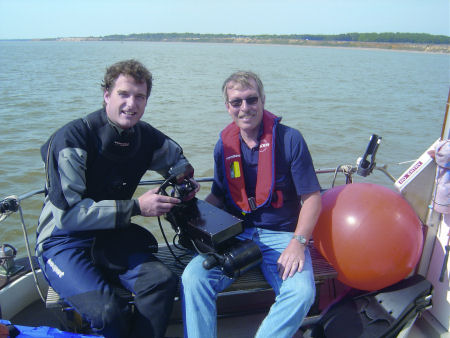 “The DIDSON diver-held system enabled us to see for the first time the worked and rubble masonry on the seabed from the ruins of St Katherine’s Chapel and St Nicholas Church, which were lost to the sea around 1550 and 1480”